A fan-favourite slot is coming to bingo!

One of the biggest online slot games is finally coming to a no wagering bingo site near you. Microgaming's Immortal Romance started off as an epic horror slot and then found a Mega Moolah Jackpot version in 2021.

Fast-forward to 2022, and the franchise is gaining a bingo version. It's currently unknown which bingo sites will host Immortal Romance Bingo - but it's sure to be a spooktacular bingo game when it releases.

What is Immortal Romance?

Developed by Microgaming, this horror-themed slot is a truly unique game that features an intense story about the tragic romance between humans and romance. In 2020, the developers gave the game a complete revamp to enhance and improve the gameplay for the better. 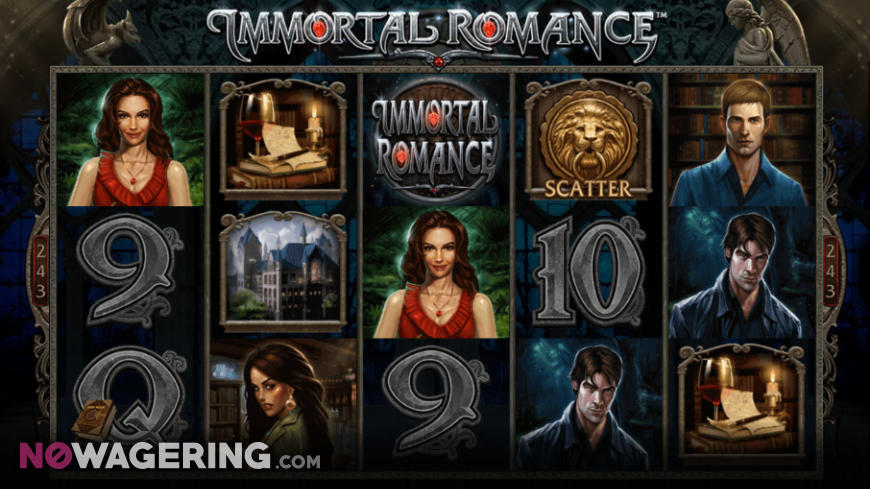 Featuring an epic soundtrack, engaging characters and a whole encyclopedia in the game to explain the lore, fans absolutely adore the original Immortal Romance. There is also a multitude of features including free spins and modifiers leading to epic wins.

What is known about Immortal Romance Bingo?

Firstly, Immortal Romance Bingo is slated for a worldwide release on the 9th of May 2022. Alongside this, the game is expected to be developed by Neko Games through Microgaming's open gaming platform.

In addition to these details, it's expected to have a bet limit between 5p to £40 with a high volatility level. It's also been announced that there will be a grand jackpot for players as well.

Hopefully, Immortal Romance Bingo will be available at our favourite no wagering bingo sites such as PlayOJO Bingo, Heart Bingo and Mecca Bingo. Be sure to play the game when it releases on 9th May 2022.