There aren't many online slots out there there that can boast a reputation as immense as the one the Mega Moolah series has built over the years. Microgaming's legendary collection of progressive jackpot slots have been around for well over a decade and a half now and there's still no stopping the hype that surrounds these titles.

Thousands of players routinely log into their favourite online casinos each and every day to play Mega Moolah slots in the hope of winning one of four massive progressive networked jackpots, and can you blame them? These jackpots have quite literally paid out hundreds of millions of pounds since their inception.

If that wasn't enough to impress you, the Mega Moolah series has twice held the Guinness World Record® for the highest jackpot payout in history, so you know you can expect to win big bucks you land a lucky spin. Interested in going for that jackpot? We've compiled a shortlist of the very best Mega Moolah games you can play at no wagering casinos right now. 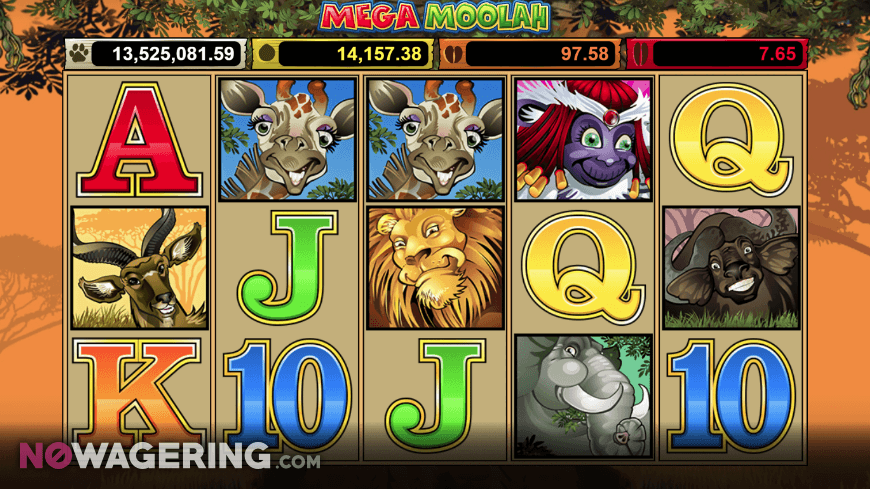 It would've been absolutely ludicrous of us to not start this list off with anything other than the original Mega Moolah! Released in 2006, this 5-reel, 25 payline Safari-themed slot was memorable for a whole host of reasons!

Not only was the original Mega Moolah favoured for being bright and vibrant with artwork that genuinely stood out in comparison to other slot games of the same time, but it also had some fantastic features and mechanics.

The Lion wild symbol is the big money-maker in this game, not only do these wilds replace any other symbol on the game reels, but if players manage to land five across the reels they'll win the maximum payout of 15,000x their stake!

Finally, we have the two bonus features most players are after when they play Mega Moolah! Land 3 scatter symbols and players will trigger 15 free spins, that can be re-triggered once, gifting players a total of 30 free spins. The four-tiered progressive jackpot can be triggered with any spin of the reels, at any stake! 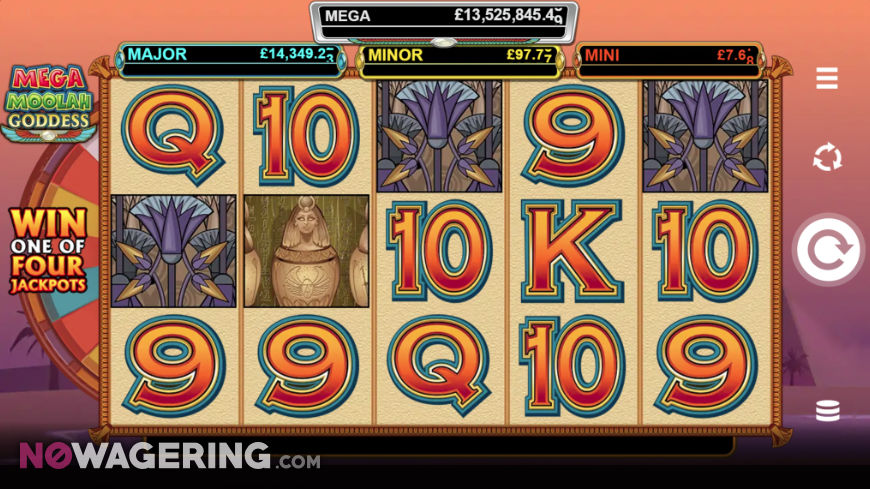 Formerly known as Mega Moolah ISIS, this Egyptian-themed 5-reel, 25 payline slot was released 3 years after the original Mega Moolah slot to much fanfare! Plenty had been made of the first title, so this slot certainly had some big boots to fill.

If players land 3, 4 or 5 Eagle scatter symbols on the reels then they'll automatically receive 20, 25 or 30 free spins respectively, a much better return than was seen previously as players only received 15 free spins upon triggering the bonus.

If Microgaming weren't already being generous enough, it's worth noting that all wins during the free spin bonus round include a 6x multiplier. Of course, this game also features the iconic four-tiered Mega Moolah jackpot! 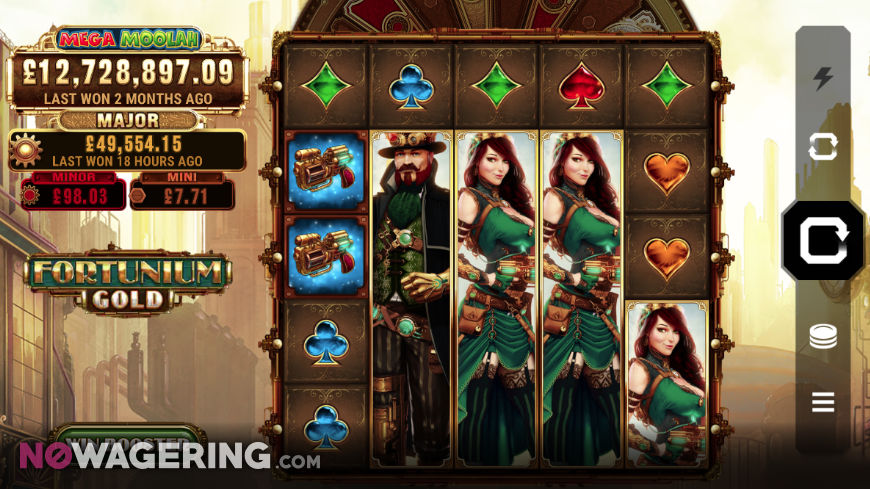 It took over a decade for a handful of new Mega Moolah slots to arrive in casino lobbies, and we're pretty impressed with what Microgaming and Stormcraft Studios had to offer us with this one!

Our #1 pick from the initial wave of 2020 releases is undoubtedly Fortunium Gold Mega Moolah! This 5-reel, 40 payline steampunk-inspired title is filled to the brim with fantastic bonus features and mechanics that makes for a brand new kind of Mega Moolah experience.

Don't worry, Stormcraft Studios didn't forget the most important features when developing Fortunium Gold, players can win up to 10 free spins and trigger the four-tiered progressive Mega Moolah jackpot at any time!

We wrap up this list with Jungle Mega Moolah, one of the latest Mega Moolah slots that came out towards the back-end of 2020. This jungle-themed game takes players on a journey back in time to 2006, as this game is reminiscent of the original.

In terms of features this 5-reel, 25 payline slot boasts multiplier wilds that see all of the player's wins doubled when the Jungle Mega Moolah symbol appears on a winning payline. In addition to this, there are also plenty of free spins to be had! Players can trigger up to 15 free spins with a 3x multiplied payout at the end of the bonus which can prove to be incredibly valuable.

Naturally, this slot includes the Mega Moolah progressive jackpot that can be won at any given moment, with any spin of the reels! So if you're looking for a modern twist on the classic Mega Moolah game then we'd recommend giving this a spin.