Let's be honest, there's nothing we all enjoy more than watching the the progressive jackpot counter climb higher and higher with each spin of the reels, all in the hope of winning that incredible life changing jackpot sum of money.

Now, what if we told you there are some very generous no wagering casinos out there that offer players the unique opportunity to use wager-free spins on these amazing progressive jackpot slots as part of their welcome offers. Sounds fantastic right? Well, good news... Those offers are out there and ready to be enjoyed!

With so many fantastic progressive jackpot slot games out there right now it can be difficult to decide which one to play... If you are struggling to choose, why not take a look at our list of the very best progressive jackpot slots that you can play with wager-free spins. Rest assured we'll have you spinning in absolutely no time! 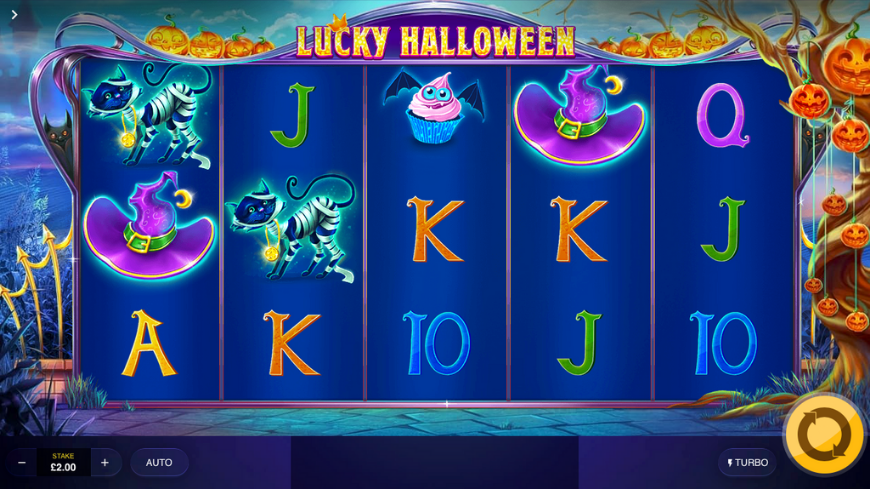 Despite being a quintessential Halloween themed game, we can assure you that this game is well worth playing no matter what time of year it is! The graphics and animations are fantastic and the game's lead character, the Pumpkin Biker, easily ranks as one of the most iconic iGaming mascots around, especially considering he's responsible for launching the lucrative bonus features that make this game so enjoyable.

As is with all good online slot games, you'll find features such as free spin rounds and random wild symbols in Lucky Halloween... However, the real winnings come when players launch the special bonus features, these are:

Undoubtedly the most exciting feature in the game is the Full Moon Bonus, which sees players in with a chance of winning up to 800x their stake upon landing 3 bonus symbols on the reels.

Deal or No Deal What's In Your Box 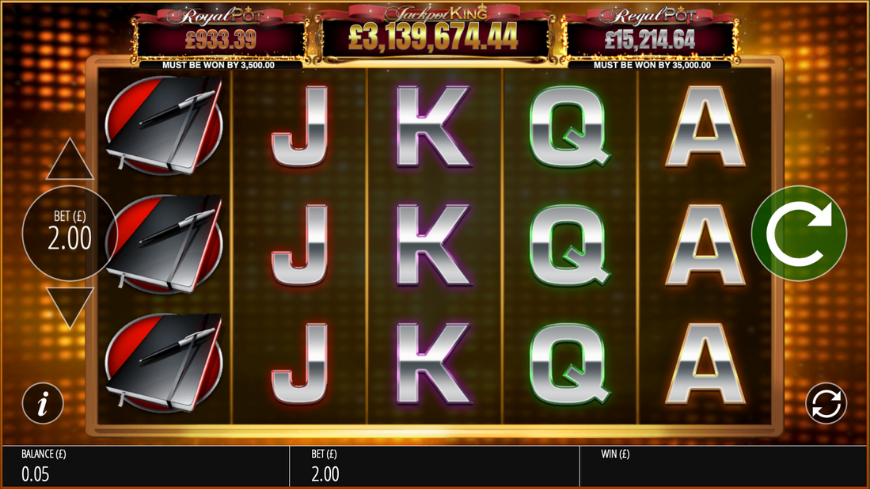 Deal or No Deal What's in Your Box is a highly engaging 5-reel, 20-win line slot based on the immensely popular TV game show Deal or No Deal by Endemol that's spawned various iterations all around the world.

This title is part of Blueprint Gaming's Jackpot King network, a networked progressive jackpot that often pays out millions at a time, which of course makes this online slot hugely inviting!

This game has all the features you'd expect from a good Blueprint Gaming slot including Random Wilds, Colossal Symbols and Respins, all of which keep this title exciting and unpredictable during standard play.

In terms of bonus features, this game is stacked with 5 interactive bonus rounds:

Play Deal or No Deal with wager-free spins:- 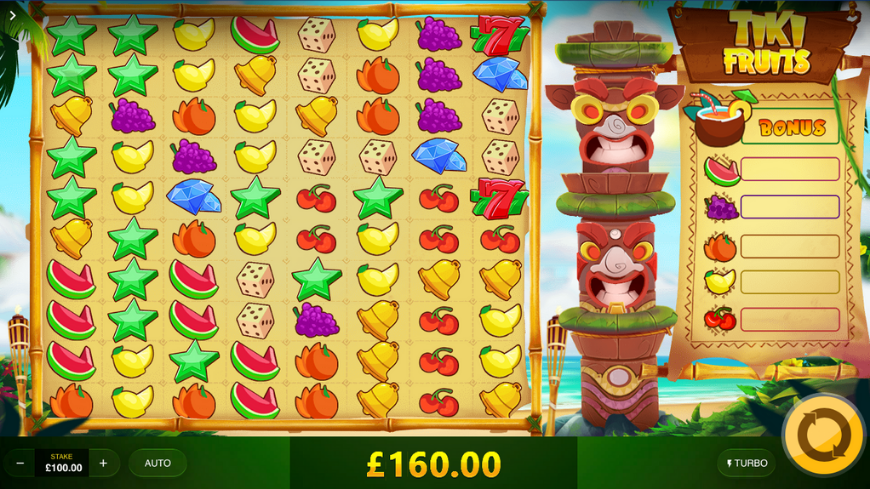 Played on an 8x10 grid this unique slot game has a cluster mechanic that sees symbols removed from the grid upon landing a winning spin of 5 or more symbols grouped together, either horizontally or vertically. If you're lucky a single win could turn into multiple wins in a row due to the cascading symbols that are similar to those in the popular NetEnt slot Bonanza.

Tiki Fruits generously throws a nice little added bonus at players, the Totem Tower Activator. This is when the Totem Tower to the right of the grid randomly removes symbols as so that new symbols can occupy the now vacant spots.

Landing 5 Coconut Cocktail Bonus symbols in this game will unlock a Fruity Bars free spins bonus feature. Thankfully, you don't need to land them all at once. Once you've collected 5 Coconut symbols the fruit bar will be filled, and a random number of free spins will be awarded.

Whilst the unique cluster mechanic isn't everyone's cup of tea, if you're after a game that genuinely stands out from your traditional 5-reel online slot game then Tiki Fruits is the game for you. 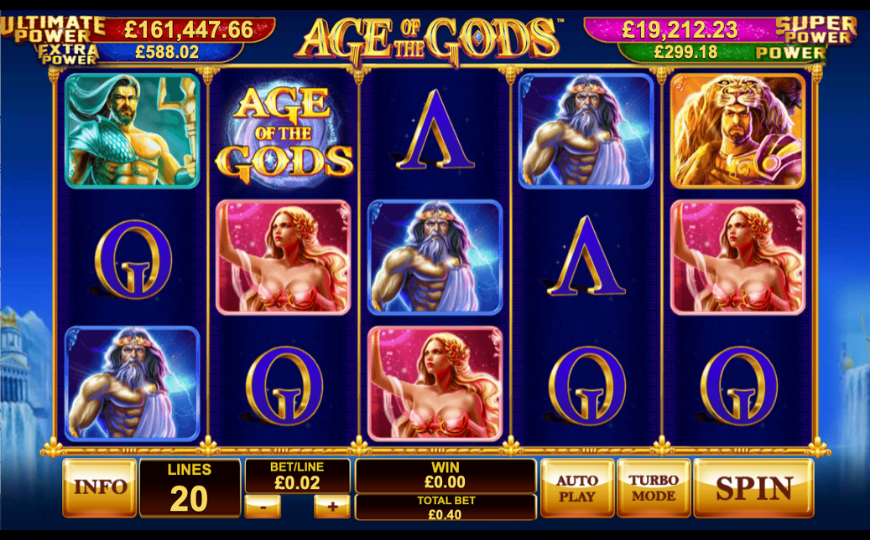 What can we say about Age of the Gods that we haven't said already! This fantastic online slot series is fabled for the absolutely massive amount of money that can be won on the Age of the Gods Mystery Jackpot that's pooled between every single Age of the Gods title, meaning life-changing wins.

Play Age of the Gods with wager-free spins:-