Last updated on 6th May 2020 by Sam Gascoyne

We've all spent cosy evenings with family and friends crowded around the Monopoly board at least once in our lifetime, this classic property themed game has been a cultural mainstay since the 1930s, and for very good reason.

Monopoly has time and again transformed itself into something new and exciting over the years, meeting the needs of a numerous fanbases... Casino enthusiasts are certainly no exception.

In the late 1990s Nevada-based slot developer WMS created the some of the first Monopoly themed slot machines, unsurprisingly they were quickly snapped up and shipped to casino resorts across the Vegas strip and later around the world.

Such were the popularity of physical slot machines such as Monopoly Hoy Shot and Monopoly Big Money Reel that slot developers such as Scientific Games, Evolution Gaming, Barcrest and Big Time Gaming took notice and decided to start licensing their own games to be played online.

It comes as absolutely no surprise that a game based around growing your bankroll and acquiring as much money as possible would translate well in the casino. As a result we're all blessed with a number of brilliant Monopoly themed online slot games.

Monopoly Bring the House Down 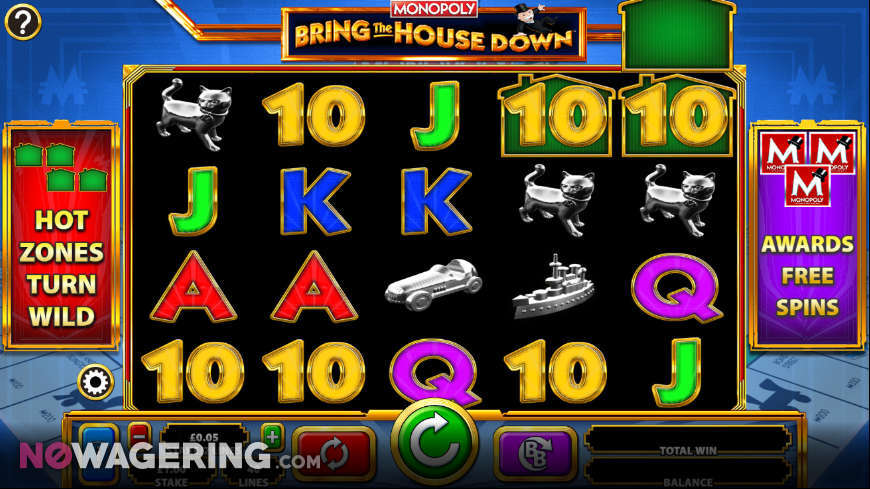 Developed by Barcrest and released in in 2017 Monopoly Bring the House Down is all about the wilds! This 5-reel, 40 win line slot is special due to its innovative Hot Zone feature. During each spin Hot Zone wild patterns will also spin in addition to the reels, if the Hot Zone symbols land on the reels then they'll turn any symbols they land on top of wild, with the potential of multipliers on top.

Bring the House Down is certainly an interesting game and the Hot Zone feature isn't something we've ever seen before. It's aged slightly in comparison to the other games on this list, but if you like imaginative Monopoly themed slots then we're confident you'll enjoy this one. 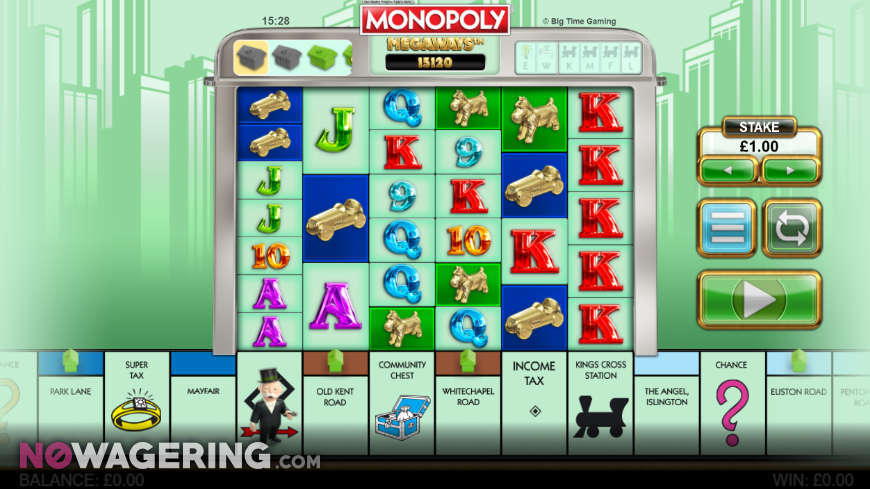 Released in December 2019 by Big Time Gaming, Monopoly Megaways is easily the crown jewel in the Monopoly slot game portfolio. Other than the obvious 117,649 ways to win, this game is special due to the fact it has cascading reels and a unique Reel Adventure board game underneath them. After each and every spin Mr Monopoly moves around the board game collecting properties and will trigger bonus features as he moves.

There are a huge number of innovative features built into this game that are linked to the Reel Adventure board game that could really boost your bankroll:

Once 5 houses have been placed on an individual property the bonus spins feature will activate which sees players get 8 free spins (Which can grow during the feature). If it's activated again you'll have an additional 3 spins AND it'll be accompanied by a progressive multiplier. If you're going to play any of the Monopoly games on this list, this would certainly be our #1 pick. 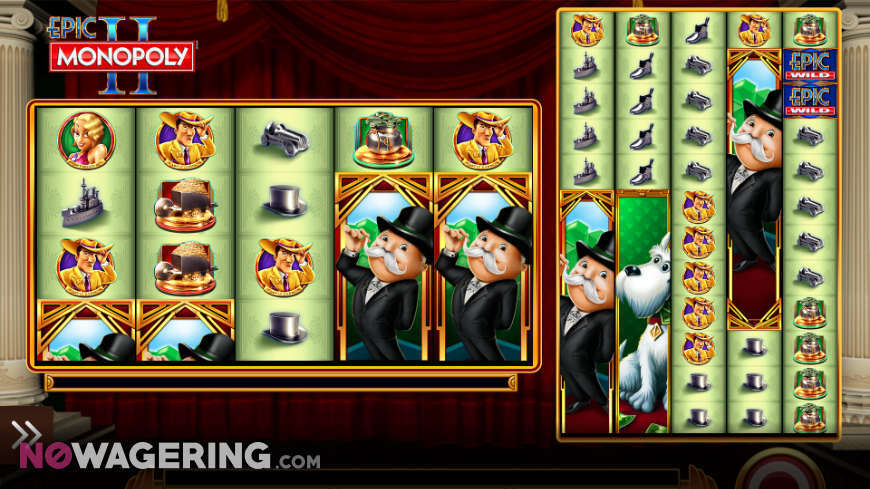 This beautifully designed and well polished WMS slot, released in 2016, is played across two sets of reels which means Epic Monopoly ll has a mammoth 100 win lines.

The first set of reels are your standard 5 reels, whilst the second are an expanded set of 5 which can fit 8 symbols on each one. These are referred to as Colossal Reels, which can be found on a number of WMS slot games. Wins are registered on each set of reels individually, so if you don't win on one set, there's always the opportunity to win on the other.

You'll have noticed we referenced the Bonus Board round above, this is easily the best feature in the game and plays very similar to Evolution's Monopoly Live bonus board. When triggered players will roll dice and travel around the Monopoly game board, each square you land on awards players with cash prizes which grows up to 1500x the players initial stake. 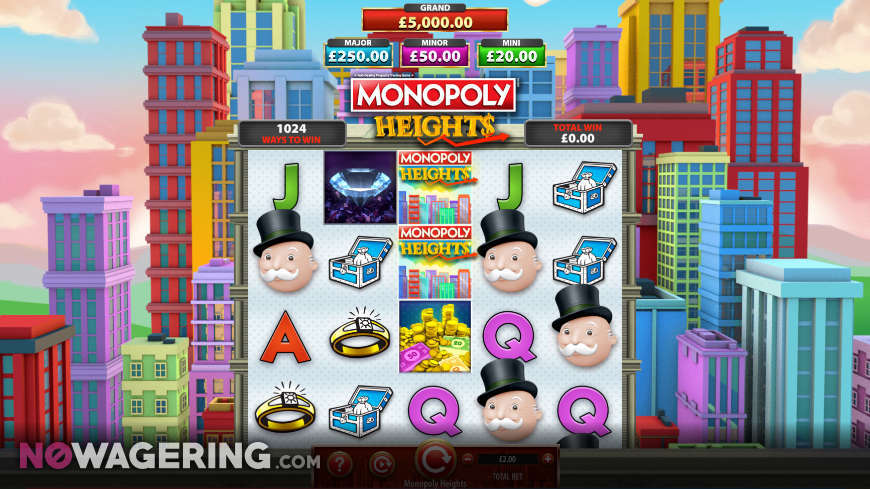 Monopoly Heights is easily the most vibrant and upbeat Monopoly slot game on this list, not usually a deciding factor in why we feature a game here at No Wagering, but it has to be said that this 5 reel, 1024 win line slot has bags and bags of charm.

This unique title sees the reels (Set on a skyscraper) expand upwards every time player manage to land a Mr Monopoly symbol in a winning position, unlocking more ways to win. It makes for an extremely unconventional, yet incredibly fun way to play.

Whilst the upwards expanding reels are the main draw of this slot, there is also an incredibly lucrative Jackpot Feature which is triggered when players land hotel symbols on either reels 1 or 5. This is a pick and click bonus in which players have 32 cards to choose from which fill up a jackpot meter. This meter can award players one of four jackpots:

Where can I play these Monopoly themed online slots?

If you're looking to get stuck into one of these fantastic Monopoly themed online slots then you're well in luck! We've got a whole host of fantastic no wagering casinos that not only offer players the opportunity to play these brilliant titles, but also offer a generous number of wager free spins to get you started as a new player at their casino. How good is that?