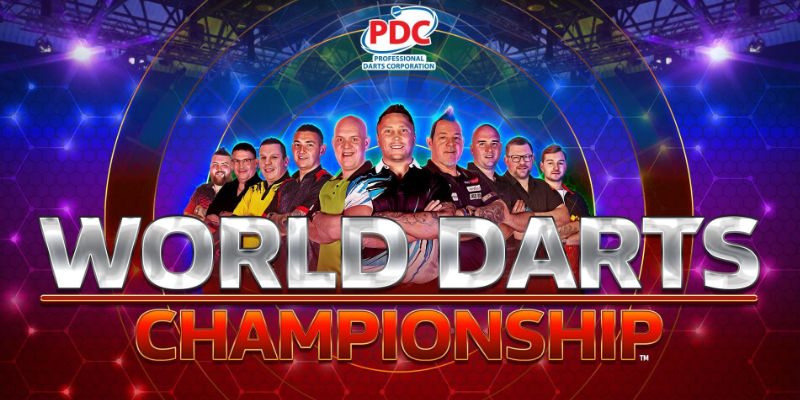 The industry’s leading slot supplier, Blueprint Gaming, has collaborated with the Professional Darts Corporation (PDC) to develop an officially licensed new slot game combining all your favourites in the world of darts. Known for their premier branded games such as Rick and Morty and Fishin’ Frenzy, this is the first standout release from the Blueprint portfolio this year.

PDC World Darts Championship is Blueprint Gaming’s first sports-themed slot game and shows the company's ambitions to broaden the appeal of its ever growing portfolio even more.

What can you expect from PDC World Darts Championship?

Fans of both darts and slot games can expect to play with all the top stars from the PDC or even leave it up to chance with a mystery pick. The mystery pick randomly chooses one of the five famous throwers and possibly eliminates the lower value players to ensure a bigger win.

The base game includes a minimum of three dartboard scatter symbols that award the Free Spin feature and five symbols that trigger the maximum 180 spins. PDC World Darts Championship is based on a classic slot format that is recognisable to players across the community.

It’s clear that Blueprint’s design and development team has gone above and beyond to include the smallest details to enhance the game. Most impressively, they have a symbol that depicts the iconic Sid Waddell Trophy and official player imagery showing their dedication to get it right for fans of the sport.

PDC Chairman had ‘no hesitation in partnering with Blueprint’

Barry Hearn OBE, Chairman at PDC, said: “The global popularity of darts continues to grow, shown recently with the thoroughly enthralling 2020/21 World Darts Championship, which even given the current situation and absence of our iconic Ally Pally crowds, didn’t fail to disappoint in the drama stakes.”

Jo Purvis, Director of Marketing and Relationships at Blueprint Gaming, said: “Featuring the sport’s biggest and most recognisable characters, we’re offering an entertaining experience, backed by a proven casino format that will resonate with a large audience.”