2019 was the year of unbelievable slots, and here are some of the best

From The Avengers: Endgame to the 50th anniversary of Sesame Street, There were many milestones in 2019 across the world and in pop culture. This extends to the iGaming world and online slots as the world saw a tremendous amount of innovative and engaging slots in 2019.

The slot world saw an influx of Megaways slots and long-awaited sequels that players just couldn't get enough of. There were literally thousands of slots released in 2019 but we've managed to narrow it down to five of the best. In no particular order, here are five of the most delightful and ingenious slots that were released in 2019. 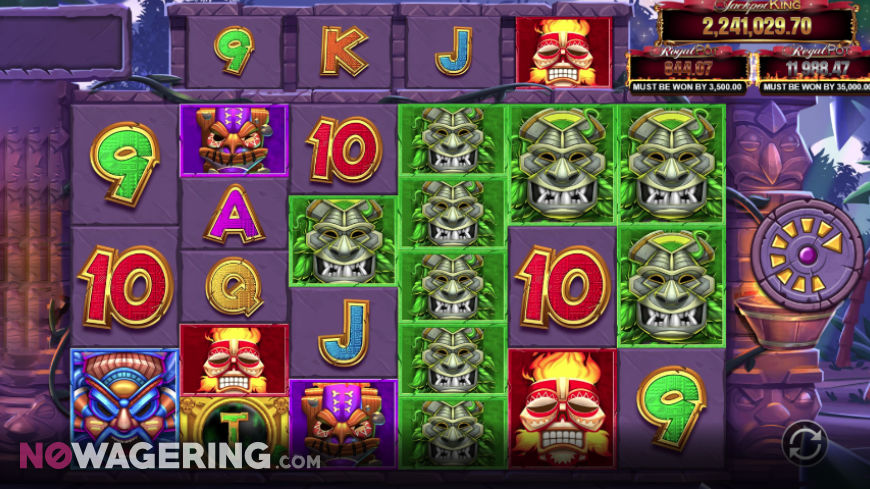 Developed by Blueprint Gaming, this Megaways title stood out from the others due to its overall design, gameplay and win potential. Tiki Treasures Megaways plays on 6-reels with up to 117,649 ways to win with the Megaways mechanic - but the heart of the slot comes from the gameplay that sees collapsing reels and cascading wins.

Thankfully, the gameplay also includes free spins with multipliers and the elusive Jackpot King Deluxe meaning that you can win huge on this slot. If that wasn't enough, the beauty of the Polynesian builds up an intense atmosphere that definitely builds up the suspense to make you feel like you have been transported to this jungle. 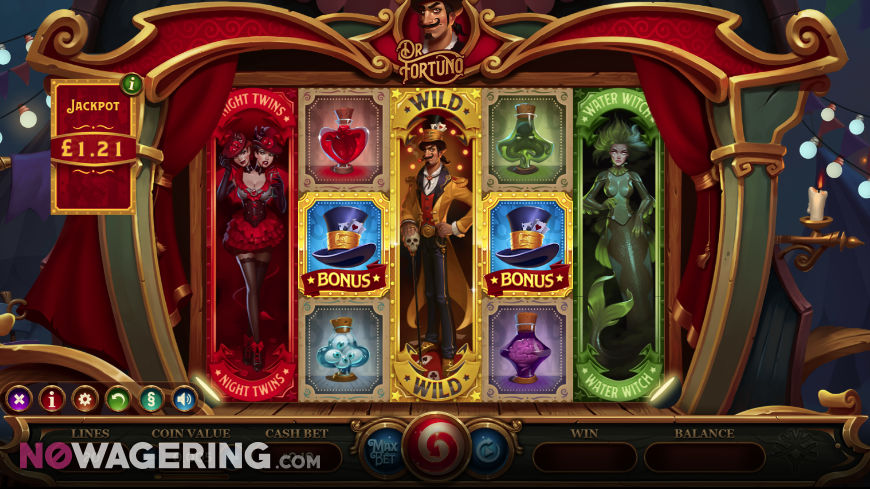 Enter the mysterious and wonderful world of Dr Fortuno! This magical themed slot developed by Yggdrasil plays on 5-reels with 20 paylines but features an abundance of charm and features to make this slot stand out for all the right reasons. From free spins to the Wheel of Fortuno, you'll be enchanted by this unimaginable world.

Dr Fortuno is bursting with character with the animations, sounds and setting instantly transporting you to this bonkers carnival that you can't help but smile at it. It's an absolute milestone in online slot gaming as the characters are witty and the gameplay is utterly fantastic - a must-play that even features a progressive jackpot. 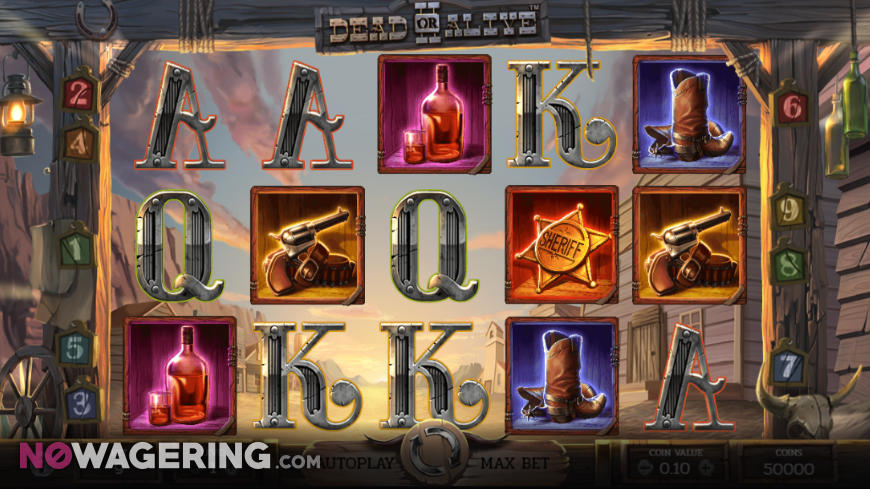 The original Dead or Alive was an utter fan favourite that online slot players just loved - so naturally, NetEnt had to return with a glorious sequel! Dead or Alive 2 was arguably the most anticipated for 2019 and for good reason as this western slot brought all the thrill from the original and completely elevated.

From the multiple free spins to the incredible maximum payout of 111,111x stake, Dead or Alive 2 has everything that you could possibly need in an online slot and more with the design. It's a classical online slot that doesn't skimp on payouts or bonuses, so make sure to check it out if you haven't already. 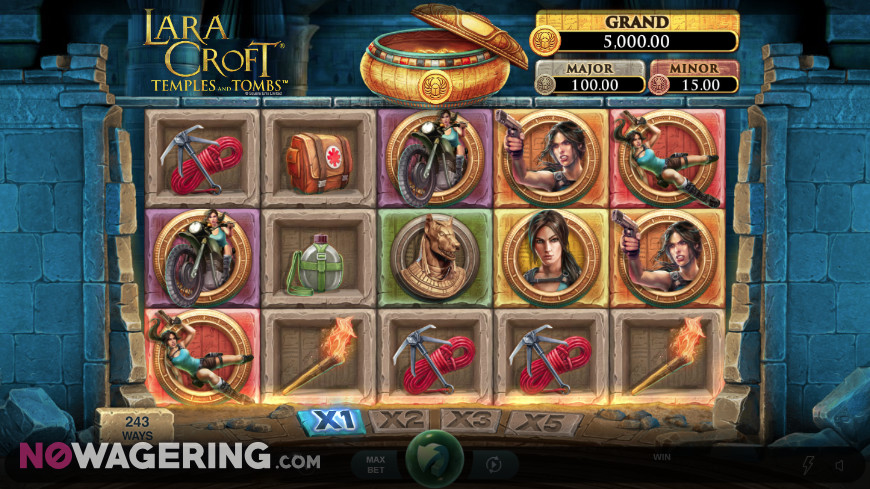 Everyone loves Lara Croft and the dynamic game series that follows the legendary heroine on various adventures across the world. Microgaming's Lara Croft Temples and Tombs captures everything to love about the series and applies it to an online slot to ensure that you can win big and finally gain the treasure for yourself.

Thankfully, this slot isn't a cheap cash grab as there are a variety of features including free spins and three fixed jackpots along with stunning visuals that fit in the style of Tomb Raider. There's no denying that this is one of the best Tomb Raider slots out there but it could be one of the best videogame slots we've seen as well that could be on par with the iconic Street Fighter II: The World Warrior Slot. 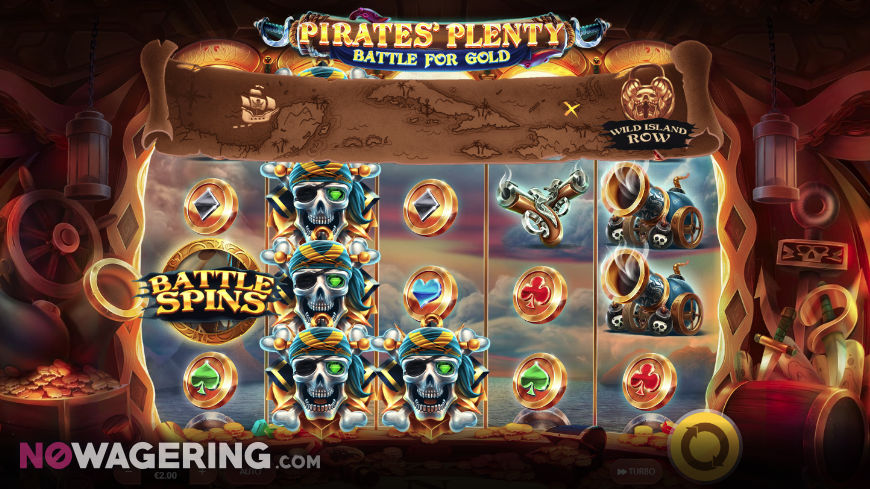 As Red Tiger Gaming's landmark 100th online slot game, Pirates' Plenty - Battle For Gold thankfully has everything you could possibly want in an online slot and more. It's rich with features to get stuck into starting with the Wild Island Row which unlocks more paylines with multipliers for even more wins. Alongside that, you'll find the battle spins which allocates a random amount of free spins along with potential multipliers.

The aim of this game is to collect maps as you spin and search for winning combinations. Pirates' Plenty - Battle for Gold is action-packed with a heavy pirate theme and it's done tastefully well making it one of the best pirate slots out there. If you love pirate slots and want something creative and entertaining, try out Pirates' Plenty - Battle for Gold.