Playing on 5-reels and 25 paylines, DC Justice League features free spins, 3x3 stacked mega symbols, shifting wilds with respins and multipliers. Join the Justice League to take down the villains and win big on the DC Super Heroes Jackpot whilst doing so!

DC Justice League has just about every feature that you could ever want. Natural staples such as wilds and scatters added with extra bonuses such as free spins and multipliers. Not only that, but you have shifting wilds, 3x3 stacked symbols and respins. It doesn’t even end there with the option to win on the DC Super Heroes Progressive Jackpot! 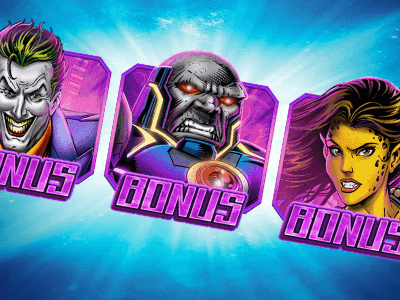 Land 3 bonus symbols (aka the 3 main villains: Joker, Darkseid or Cheetah) on reels 1 to 3 in order to trigger 1 of the 3 bonus features. You chose 1 of 3 symbols to unlock a bonus feature. 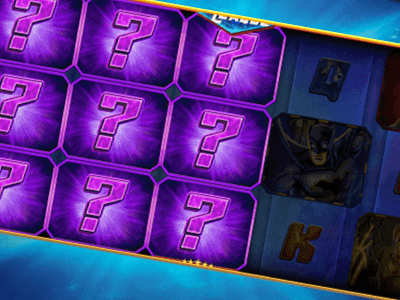 One of the options available after spinning 3 bonus symbols, mystery symbols appear on all positions in the reels with the first 3 reels being replaced by 3x3 stacked mega symbols. They change to one symbol and can even be a wild symbol! 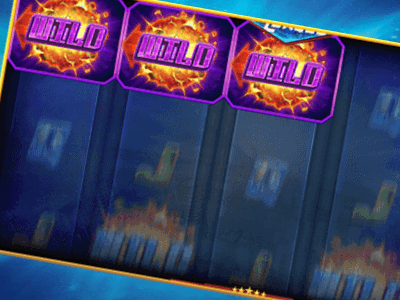 All bonus symbols turn into shifting wilds and reward a win on the spin. The wild moves 1 position to the left whilst the reels respin with an increasing multiplier of 2x. During the base game, this can go up to 5x whilst it climbs  to 16x in free spins. 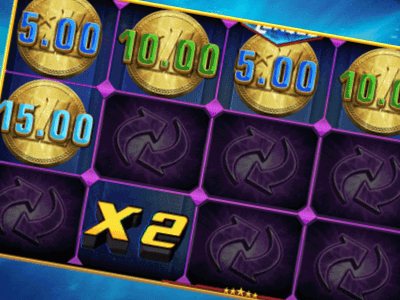 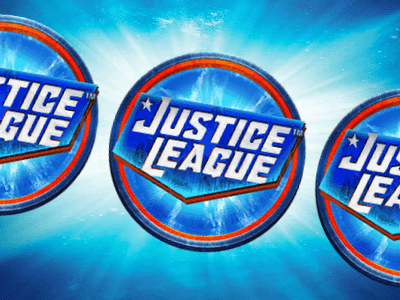 Triggering 3 scatters on reels 3 to 5 will activate the free spins round and players can win up to 20 free spins with either a 1x or 2x multiplier. Landing 2 or more scatters in free spins can trigger additional spins. 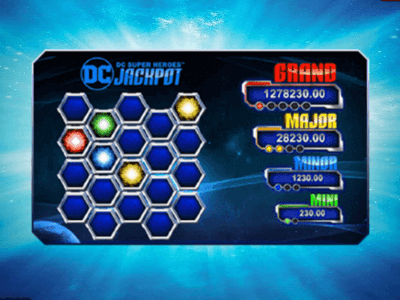 During any spin, players can trigger the jackpot game to win 1 of the 4 jackpots on offer. There’s a mini game to select a certain amount of icons and players must reveal the right amount of one colour to unlock that jackpot.

This slot plays on 5-reels with 25 paylines, and features an abundance of mechanics and boosts to improve your gameplay. If that’s not enough, then you can win on one of the mighty progressive jackpots available. For superhero fans and slot enthusiasts in general, DC Justice League is one to look out for.

Playtech decided to go for a traditional looking aesthetic for this slot and based the graphics of the comics themselves. Batman, Superman, Aquaman and Wonder Woman all look like their counterparts in the comics but closer to the New 52 era. Similarly, villains such as The Joker, Darkseid and Cheetah are shown as well with familiar looks.

The reels are set amongst the stars with a blue cosmic background hidden behind the reels. Thankfully, it’s animated to emulate the experience of seeing these colossal heroes fighting in space. It adds a whole other level of epicness to the slot.

As you’d expect, there is a legendary score in the background with soft violins but it is a little too quiet. The reels have traditional sounds but overshadow the background music. There needs to be the right balance and the audio sadly doesn’t find it.

DC Justice League is entirely traditional when it comes to gameplay. There are no complicated methods or features that you’ll have to understand, as you just have to spin. Bonus features and other gameplay options will come up randomly with instructions advising you on what exactly to do.

You’d struggle to miss the information button as it’s huge at the bottom left of the screen. Similarly, with the bet levels and spin buttons. Next to the spin button, you’ll find the autospin and turbo buttons. Players can bet up to 100 autospins or turn the turbo on (but this may not be available in the UK).

The base game offers a maximum payout of 2,000x your stake by landing 5 of the Superman symbols. You could double this during the moving wilds or coin respin feature. Other payouts include the DC Super Heroes progressive jackpot that could pay out huge wins if you win on the Grand jackpot.

Thankfully, the RTP is at a decent 96.27% which is incredible for a jackpot slot. With a medium volatility level as well, this slot can appeal to high rollers and new slot players. It gives players the best of both worlds and it is perfect for everyone.

There’s not a lot to hate about this slot as it has everything you’d honestly need. From bonus rounds including multipliers, free spins and respins, to 4 different progressive jackpots. This is definitely a slot that deserves way more attention as it’s fun and exciting to play. Sure, the sound design lets down the slot a little bit, but it’s a minor hiccup.

If you love superheroes, jackpots or easy gameplay, then DC Justice League is a slot to definitely try out. For fans of superhero slots, make sure to check out DC Wonder Woman, Suicide Squad or The Dark Knight.