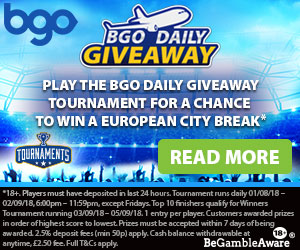 It’s at this time of year that our attention turns to getting away from it all for a little while, for they say that change is as good as a rest, which we must report isn’t actually true. You see, there’s nothing better than literally having a rest, particularly when it’s a rest you’re fancying, so a change doesn’t get a look in really. I mean, if we change something – our socks, for example – we hardly feel like we’ve had a proper rest, which we can only really feel by going on holiday, which is the best kind of rest there is.

Everyone Loves A Holiday

Now there’s a saying with lots of truth in it, but we know of something that’s even better than a holiday, and that’s a free holiday. Oh yes, a holiday on the house. Not literally on the house, as in having a holiday on a roof, as that would be strange and uncomfortable. No, we mean a proper holiday that is costs you nothing. Actually, there is a very small cost involved, but we’ll get to that. For now though, just thank the good people of bgo, whose generosity could see you jetting off on a European city break to 1 of 6 fabulous cities. Fancy it? Of course you do, and bgo are no strangers to tournaments featuring great prizes. Read on to learn how you might be getting whisked away.

You’ll need something a little more modern to help you jet-off to the cities on offer here. Fortunately, bgo have thought of that, and have laid on some planes. From Wednesday 1 August until Sunday 2 September, every day – with the exception of each Friday – will give you the chance to win a 2-night city break. All you have to do is make a deposit on any day which has as its top prize the city you’d prefer to visit, as this qualifies you for free entry in the Daily Giveaway Tournament. Once you’ve made your deposit, head over to the Tournaments page between 6pm and midnight, where you will compete in the slots battle that could see you and a friend taxiing down the runway in no time at all. You can reach the promotion here.

The destination changes depending on the day you compete, and it goes a little something like this:

Remember that Fridays are given over to another promotion, so they deliberately were not included in the above. The holidays are the daily top prizes, but that doesn’t mean that just a single person will win each day. The top 10 finishers from each daily giveaway will qualify for another tournament running from Monday 3 until Wednesday 5 September, which allows them to compete for a £5,000 prize pot. It’s broken down as follows, with all monies paid in cash: