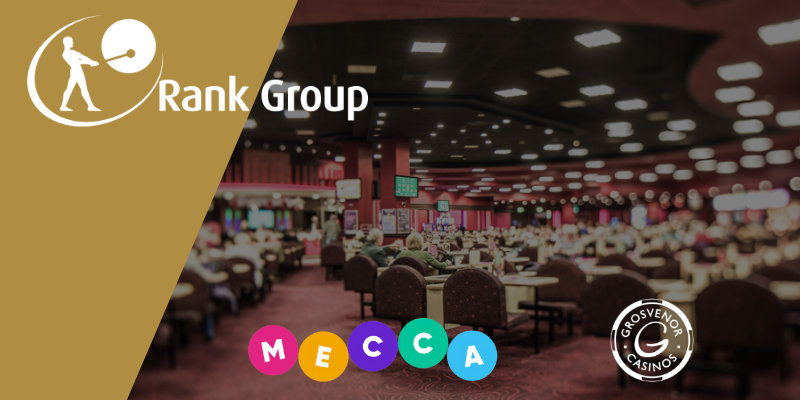 The parent company of Mecca Bingo announces a new CFO

It's been announced that the Rank Group has appointed a new chief financial officer (CFO) for the brand who will start on 1st May 2022. Richard Harris is taking over the role and replacing Simon Hay who took the role of interim CFO on January 1st 2022.

The Rank Group has stated that Simon Hay will continue in this position until Harris joins the company in May. The former CFO Bill Floydd revealed that he stepped down in August 2021 to take up the same position with Watches of Switzerland Group.

Who are the Rank Group?

Originating back to 1937, the Rank Group has been entertaining Britain and many across the world with iconic gaming based brands.

They are a huge name within the iGaming world as the company has amazing no wagering bingo sites such as Mecca Bingo and a variety of low wagering casinos including Grosvenor Casino.

“I am delighted to be joining Rank at this exciting time in the group’s journey,” Harris said. “I have enjoyed meeting various members of the team and look forward to working closely with them, John and the board to deliver the group’s strategy.”

The chief executive at Rank, John O'Reilly, added: “Richard’s extensive experience across a number of senior financial and operational roles will be invaluable as we continue to deliver the next phase of Rank’s transformation plan. I look forward to welcoming Richard into the group in 2022.”